A Glorious History of Relationships – A Solid Foundation for Further Cooperation 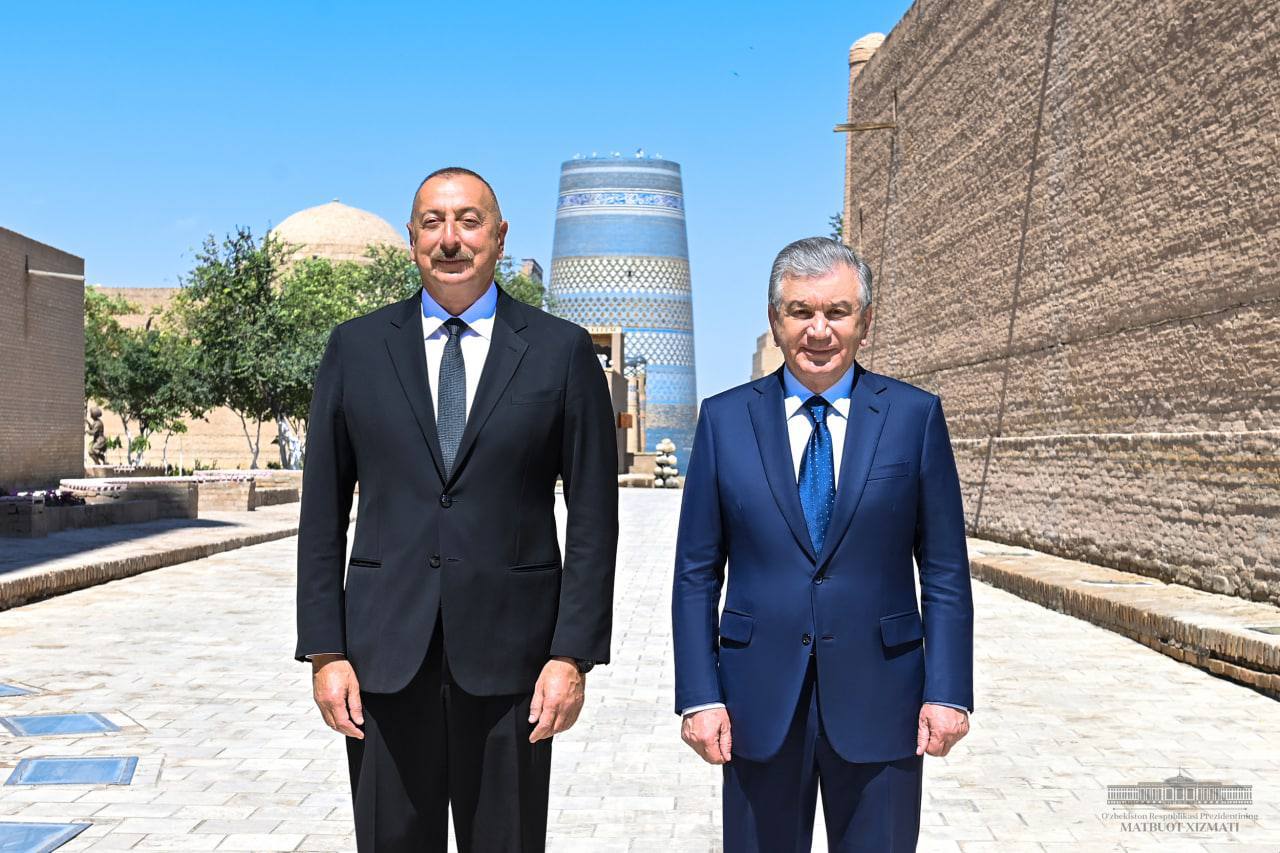 As a result of yesterday’s negotiations, the President of Uzbekistan has emphasized that the glorious history of relations between the Uzbekistan and Azerbaijan has created a solid foundation for the development of multifaceted cooperation in these days.

As a matter of fact, our fraternal peoples historically have had close cultural ties. Khiva, known for its history of more than 2,500 years, played a significant role in it.

In this regard, the visit of the two Leaders to this ancient city is very important.

«Ichan-Kala» is well-known as a unique open-air museum. There are more than 120 architectural monuments. For this reason, Khiva was enlisted in the UNESCO World Heritage List on December 12, 1990.

The guests were shown a performance of Khorezm songs and dances.

The Presidents also visited the Nurullabai Palace adjacent to Ichan-Kala.

This complex was built in 1884 by Khiva khan Muhammad Rahimkhan Feruz. Subsequently, additional buildings were erected and the palace expanded to five courtyards. The architecture of the palace harmoniously combines the Oriental and European styles. The palace is also noticeable by the fact that numerous major political events took place here at the beginning of 20th century.

The role of Khiva in the development of statehood and science together with ancient monuments and crafts of the city have impressed the guests from Azerbaijan.