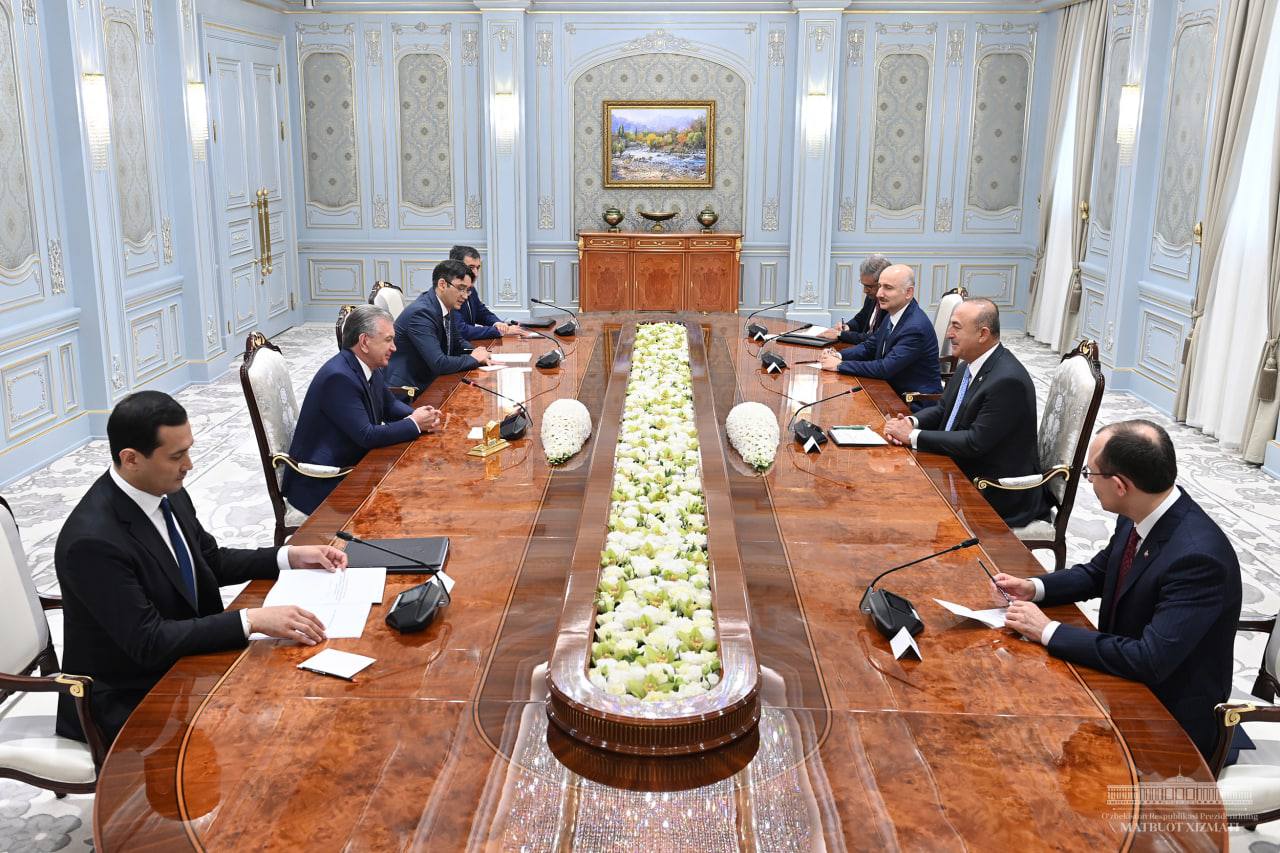 On August 2, the President of the Republic of Uzbekistan Shavkat Mirziyoyev received a delegation of the Republic of Turkiye led by the Minister of Foreign Affairs Mevlut Çavusoglu, who participates in  the First Ministerial Meeting of «Uzbekistan – Azerbaijan – Turkey» Format in Tashkent.

The issues of further enhancing multifaceted cooperation between the two countries in the context of the implementation of agreements at the highest level were considered.

At the outset, Foreign Minister Mevlut Çavusoglu conveyed sincere greetings and best wishes of Turkish President Recep Tayyip Erdogan to the President of Uzbekistan. The full support of the Turkish side for the program of socio-economic reforms and political transformations in the New Uzbekistan, as well as the country’s foreign policy, aimed primarily at strengthening friendship, good-neighborliness and trust in the region, was emphasized.

During the meeting, the sides noted with satisfaction the consistent development of Uzbekistan – Turkey relations of comprehensive strategic partnership and the deepening of practical interaction.

The indicators of mutual trade and investment are growing dynamically, as well as the active humanitarian exchange continues.

A special attention was paid to ensuring the implementation of agreements and decisions of the Leaders of Uzbekistan and Turkiye aimed at the effective use of the great potential of bilateral cooperation, including through the activation of interregional contacts.

The President of Uzbekistan congratulated the distinguished guests on the successful holding of the First Meeting of the Ministers of Foreign Affairs, Trade and Transport of Uzbekistan, Azerbaijan and Turkey.

There was an exchange of views on the regional agenda, including the issues of promoting peace and stability in Afghanistan, as well as preparations for the upcoming Summit of the Organization of Turkic States in Samarkand this fall.