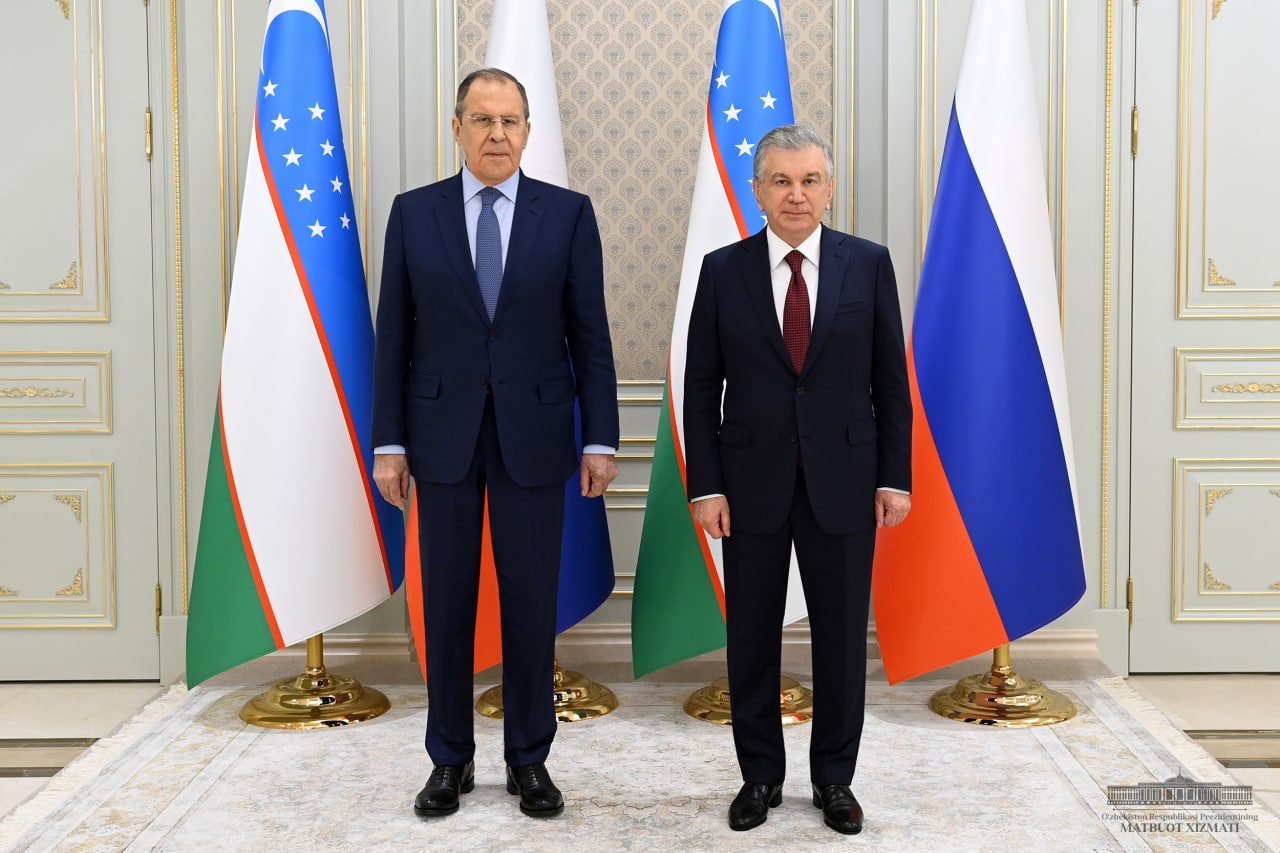 On July 28, the President of the Republic of Uzbekistan Shavkat Mirziyoyev received a delegation of the Russian Federation headed by Foreign Minister Sergei Lavrov, who is participating in the events of the SCO Foreign Ministers Council in Tashkent.

The parties discussed in detail topical issues on the agenda of the Uzbek-Russian relations of strategic partnership and alliance.

A particular attention was paid to the situation in the region and the aspects of interaction as part of international structures, including preparations for the SCO summit.

The dynamic development of multifaceted practical cooperation between the two countries in recent years has been noted with particular satisfaction during the meeting.

The trade turnover is growing at a high rate. Since the beginning of the year, trade turnover has increased by 32%. As part of the activities of the joint Project Office, it is planned to implement about 40 large investment projects by the end of the year.

The productive work is carried out in the field of interregional contacts and cultural and humanitarian exchange. Over the past few years, 12 leading Russian universities have been launched in Uzbekistan.

There was an exchange of views on the prospects of regional cooperation, including Central Asia-Russia format.

A particular attention was paid to the issues of expanding assistance to peaceful settlement and socio-economic reconstruction of Afghanistan.