The President Calls for Further Expansion of Practical Cooperation with Azerbaijan 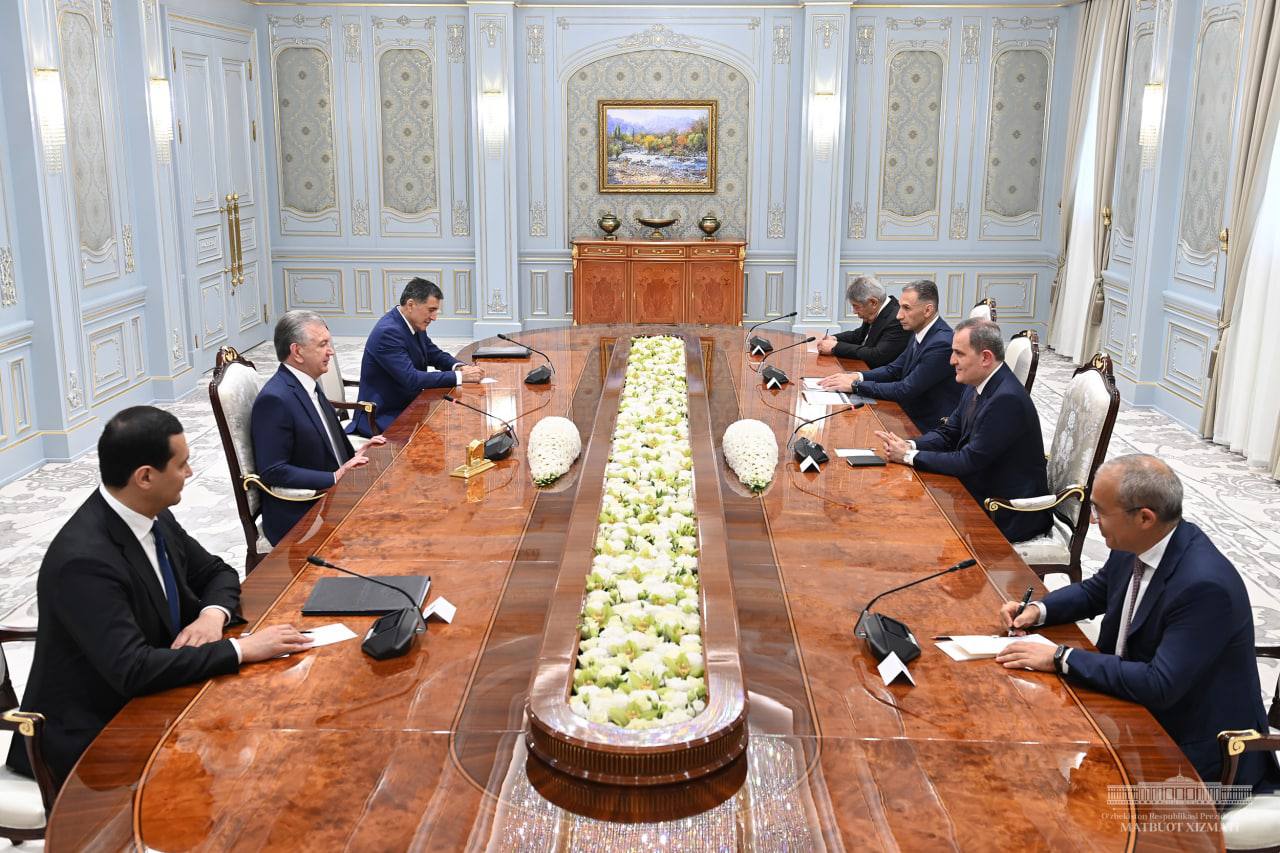 The Azerbaijani side was represented by Minister of Foreign Affairs Jeyhun Bayramov, Minister of Economy Mikayil Jabbarov and Minister of Digital Development and Transport Rashad Nabiyev.

The issues of further development of the Uzbek-Azerbaijani relations of strategic partnership and expansion of practical cooperation in accordance with the agreements of the leaders of the two fraternal states were discussed.

At the beginning of the conversation, the Minister of Foreign Affairs of Azerbaijan conveyed sincere greetings and good wishes on behalf of President Ilham Aliyev to the President of Uzbekistan.

The parties noted with satisfaction the notable progress made since the recent summit meeting. Last month, mutual visits of delegations to promote projects in the oil and gas and chemical industries, in the field of sericulture and other areas of agriculture, as well as within the national industrialization programs, were actively pursued.

The regular meeting of the bilateral Intergovernmental Commission was successfully held in Tashkent.

Today, the issues of promoting effective transport communications in the region were primarily considered at the meeting of the heads of foreign ministries, ministers of trade and transport of the three countries.

The President of our country emphasized the importance of providing all-round support and accelerating projects and programs of mutually beneficial cooperation, including through the creation of an Uzbek-Azerbaijani investment fund, stimulating the process of establishing business contacts, holding the first Forum of Regions and an industrial exhibition, creating conditions for cooperation on the basis of free economic zones.

The preparations for the upcoming summit of the Organization of Turkic States in November this year in Uzbekistan, were also considered.